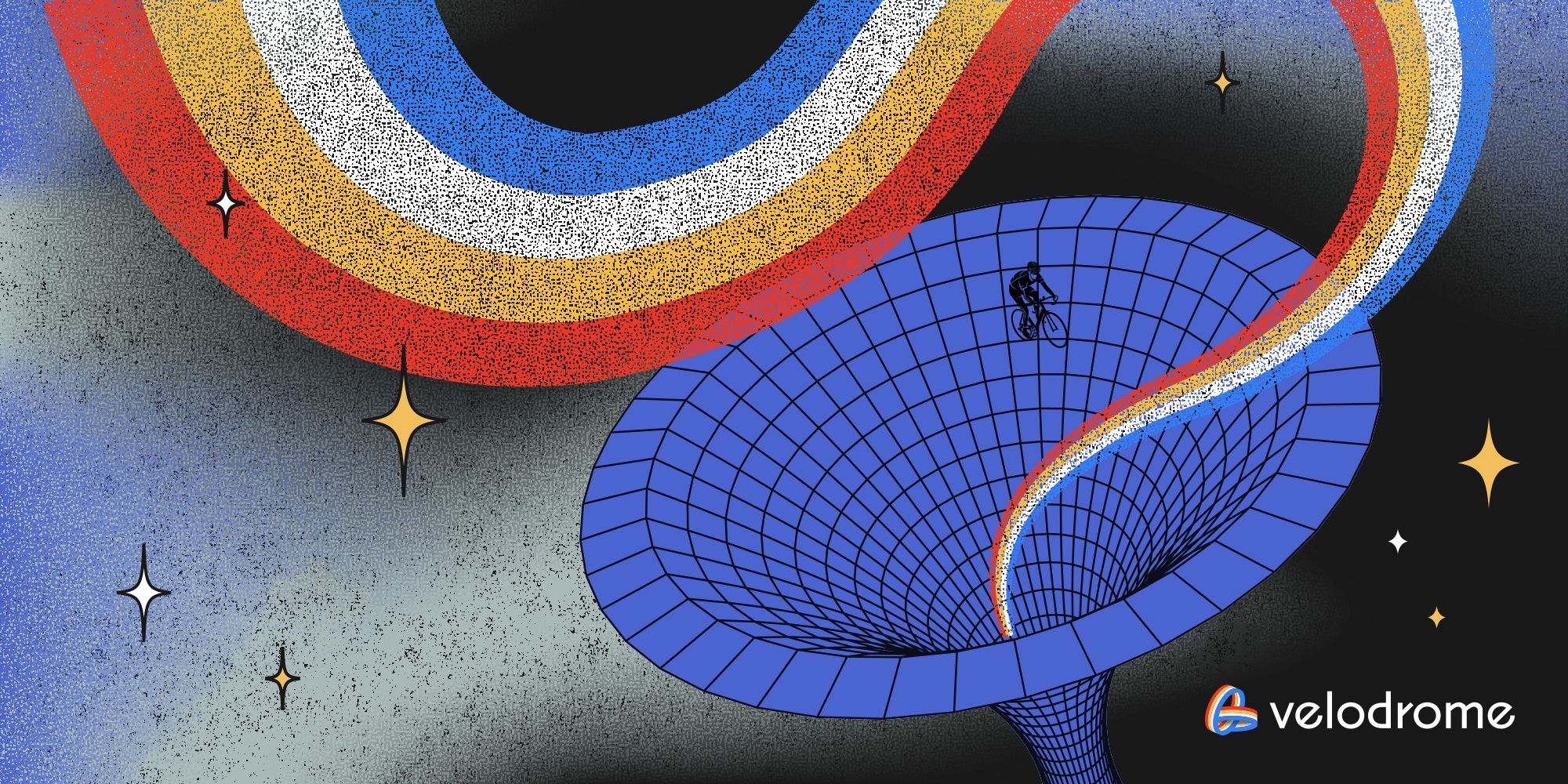 $VELO is used for rewarding liquidity providers through emissions.

$veVELO is used for governance. Any $VELO holder can vote-escrow their tokens and receive a $veVELO (also known as veNFT) in exchange. Additional tokens can be added to the $veVELO NFT at any time.

The lock period (also known as vote-escrowed period, hence the ve prefix) can be up to 4 years, following the linear relationship shown below:

The longer the vesting time, the higher the voting power (voting weight) and rewards the $veVELO holder receives. 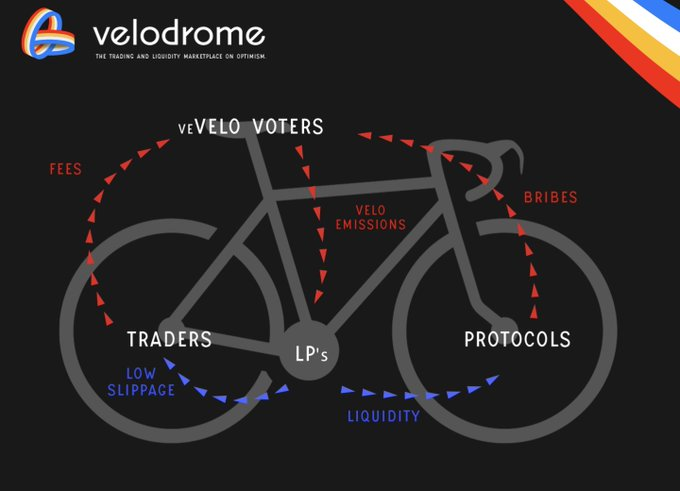 Below, we will walk through the components of the mechanism in order to explain how it helps the incentives flow to the most valuable of the ecosystem liquidity pools.

The airdrop claim period is now complete. Thank you to everyone who participated!

At launch we distributed $VELO and $veVELO to users and protocols we believe are likeliest to contribute to our mission to become the liquidity base layer of the Optimism ecosystem.

240M (60%) $VELO tokens will be distributed to the people who have played the biggest role in incubating Velodrome and those likeliest to contribute to its long-term success, including:

We will consider a variety of metrics in assessing the available protocols, including TVL, transaction volume, unique wallets, and Optimism team input.

The airdrop of 72M (18%) $veVELO is aimed at attracting and engaging 10-15 protocols most likely to contribute to Velodrome and Optimism's long-term success.

The amount of $veVELO airdropped will provide just enough voting power to familiarize the protocols with the ecosystem and give them a head start, but it will leave space for the protocols to accrue value by acquiring $VELO for long-term liquidity provision.

We have reserved 24M (6%) $veVELO to distribute to partner protocols after the launch. This will be used to engage partners in the ecosystem through grants.

The team will receive an initial allocation that it will use to vote to drive emissions to key protocol pairs such as $VELO-$USDC and to support ongoing protocol development. The total team allocation is 40M (10%) in $VELO and $veVELO.

The team will vest 25% of its initial allocation in the form of a $veVELO and use it to vote for $VELO pairs in perpetuity.

While a fully autonomous and immutable protocol is an admirable objective, it comes at a cost. Velodrome Finance will ensure its long-term sustainability by employing a dedicated team focused on supporting the product, documentation, community, and ecosystem. As the protocol evolves, the Velodrome team will consider introducing more immutability or DAO components where appropriate.

To cover ongoing expenses and all the upcoming development efforts, 3% of the emissions will be going to the team address.

The Optimism team has a vested interest in ensuring that Velodrome achieves its mission of serving as an ecosystem public good. The team will receive 20M (5%) $veVELO in the initial distribution, to support that interest.

Genesis Pools will distribute 4M (1%) $VELO to liquidity providers of foundational token pairs to provide better liquidity and user experience from launch day. Genesis pool emissions will be first directed to the $VELO-$USDC pool and will start a few days before the first epoch votes are cast.

The weekly rebase amount is calculated with the following formula:

In return, voters receive 100% of the trading fees and bribes collected through the liquidity pool they vote for.

Voting for gauges, or in fact any action related to the $veVELO NFT is allowed only once per epoch. This means that calling Voter.reset() (used for resetting an NFT vote state and usually required before merging it into another $veVELO NFT) or Voter.poke() (used to re-cast the votes for the current epoch in order to direct emissions and earn bribes) counts as an action for the current epoch.

While limiting the protocol participants to one action per epoch is not ideal, it does make the protocol safer against potential exploitative behaviour.

Unused $veVELO voting power is still taken into account as we calculate the weight of the vote upon epoch flip and based on the locked vesting slope.

Please make sure you always cast 100% of your voting power to avoid unexpected outcomes!

There are 4 types of rewards on Velodrome Finance.

These rewards are streaming and are available for claim as these accrue.

Represent liquidity pool trading fees distributed to voters in pool tokens ( e.g., if the pool is vAMM-VELO/USDC the distributed tokens are $VELO and $USDC).

The tokens are streaming proportionally to the voting power cast by a voter and the accrued amount of trading fees.

These rewards are available for claim as they accrue. They do not need to be claimed each epoch.

In addition to the fees, liquidity pools allow external rewards from anyone (known as bribes). Bribes can be added to whitelisted pools and are distributed only to voters on that pool, proportionally to their share of pool votes.

These rewards are available for claim after the epoch flips (after Wednesday 23:59 UTC), and are proportional to the voting power cast by a voter ($veVELO).

These rewards are available for claim as these accrue and are streaming proportionally to all $veVELO holders.

Rebase rewards claim is available one full epoch after tokens are locked. External bribe rewards are claimable after a new epoch has started (epochs increment right after 23:59 UTC each Wednesday).

An example of bribes, voting, and rewards claim timeline:

While Velodrome supports permissionless liquidity pool and gauge creation, these can only include whitelisted tokens. The protocol will launch with an extensive list of pre-whitelisted tokens, including those from partner protocols.

Partners can request additional tokens to be whitelisted.

Requirements for whitelisting are critical to ensuring that the protocol cannot be exploited by actors attempting to game emissions.

To support the health of the protocol and ecosystem, the Commissaire (a Curve-esque Emergency DAO) will have the right to disable hostile gauges.

The Commissaire will initially consist of seven members from the Velodrome team and prominent figures from within the Optimism community.